As Egypt’s flagship Petroleum Conference has just finished it’s perhaps worth reflecting on the five themes we heard:

1) There is a real sense of excitement in the energy sector within the region. As His Excellency the Minister of Petroleum Tarek El-Molla outlined, Egypt has seen significant recent exploration success, as reflected in the record-breaking development of the mammoth 30 TCF gas Zohr field (from FID to first production in 22 months). It is now emerging (bolstered by it’s established export facilities and strategic geographical positioning) as a regional trading hub for gas in the Eastern Mediterranean. The government reforms since 2014 to reduce subsidies, pay down debt and liberalise the oil and gas sector (we could go on) have been paying off.

2) There is a continued focus on creating value from existing and new partnerships.  The discussion highlighted not only the opportunity to partner around technology and capabilities in-country but also between countries as Egypt plays a key role in the regional geopolitical landscape.  As Frank Fannon (Assistant Secretary of the Bureau of Energy Resources, US Department of State) put it, “energy is a catalyst for cooperation and exclusivity… and a foundation for political stability”.

3) Much of the focus of the discussion was inevitably around job creation, the broader economy and the improving investment climate.  With a population of 99 million and unemployment at 8%, a key priority is driving employment.  But there is also a growing need to improve the oil and gas industry’s capital and labour productivity, especially at today’s lower oil and gas prices.  Technology and digitalisation are likely to become ever more critical – helping Egypt climb up the value curve.

4) There was some discussion, but perhaps not enough, over the environment and the energy transition. Several speakers referred (directly, or otherwise) to the bifurcation between Europe and the rest of the world on this topic.  But as Bernard Looney (BP’s new CEO, who later announced his new “net zero by 2050” direction) said, Egypt should be proud of its contribution. Egypt is in many ways leading the energy transition by accelerating the shift to gas and through its development of solar (the Benban solar plant, which at 1.7 GW is the largest plant in the world) and hydropower assets. Yet it was recognised that there is more to do, as low carbon sources only provide 4% of Egypt’s final energy consumption (vs. 15% for the global average), according to figures from the BP Statistical Review of World Energy.

5) The topic of gas flaring as a specific route to deliver decarbonisation and growth was covered in many threads. It’s great to see that several companies have remarkable success stories (and deliver low flaring operations). But there was also a recognition that at 2.4x the global flaring intensity average with 240 million standard cubic feet per day flared and a revenue opportunity of up to $1 billion per year, there is a major opportunity to be seized (see our last article). Our new Global Flaring Intelligence Tool (GFIT), which incorporates direct measurement of flaring from space alongside operator calibrations, generated interesting conversations on where flaring opportunities lie. EGAS highlighted that almost half of the flaring locations are within 5 km from an existing pipeline and recognised the support it continues to receive from the World Bank’s GGFR initiative. It’s also clear, as BP’s Head of Gas Analysis pointed out, that as Egypt engages more deeply in increasingly competitive global gas market with abundant new supply sources, that it will also need to lead the charge to deliver “clean” gas to consumers who are becoming increasingly keen for suppliers to certify the quality of their product.

As one might expect a few other themes that deserve an honourable mention, including the increasing role of women in energy, digitisation, responsible investment, methane leakage and – very topically – the Coronavirus and it’s dramatic and impact on energy demand in Asia.  As many Chinese people are electing to work from home, energy demand across power generation and transport sectors have dropped by up to 80% – creating a whole new battle in our international gas markets.

Despite this unexpected (and hopefully short-lived backdrop), we left Egypt with the same sense of optimism as many other conference delegates and look forward to deepening our connection with Egypt as our flare gas projects develop. 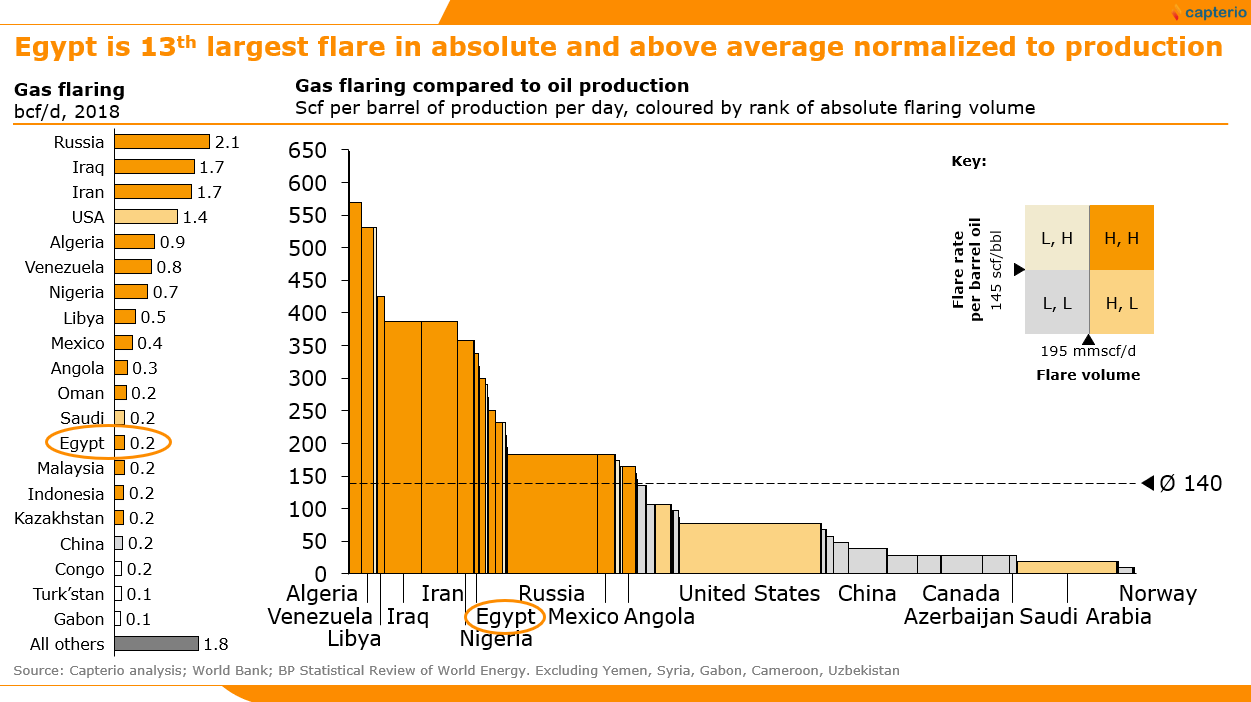 Figure 1: Scale of the flaring opportunity in Egypt in absolute and relative terms. Egypt’s flaring intensity is 338 scf per barrel of oil prodcution per day, some 2.4x the global average, creating significant opportunity for economic and environmental benefits. See article for more information on the opportunity in Egypt. 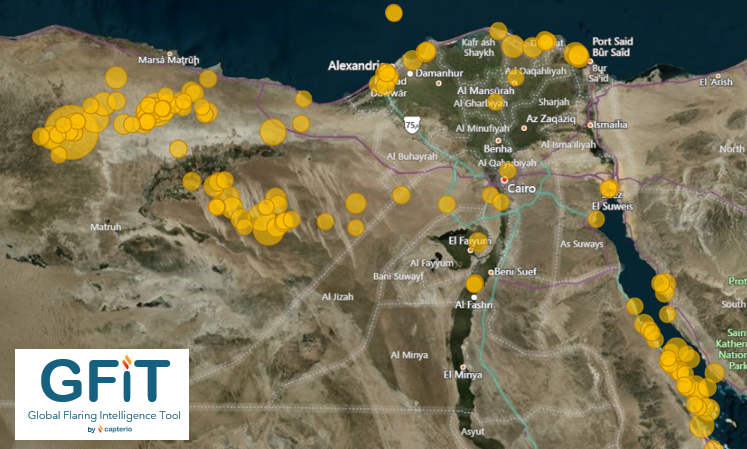 Capterio is pleased to be developing it’s portfolio within Egypt. We are an agile project developer focussed on monetising waste gas in oil & gas energy systems. We build solutions to capture waste gas and utilise it, taking it to pipelines, injecting it (for storage, enhanced recovery or disposal), converting it to power, liquids (e.g. CNG, LPG, GTL, LNG, etc) or other creative solutions.  We screen and source opportunities powered by our Global Flaring Intelligence Tool (GFIT), we select and procure technology, we negotiate commercial contracts, we provide project financing – and oversee construction and operations. We bring together assets together with technologies, know-how and financing to deliver on-the-ground, real-world, safe and reliable solutions. 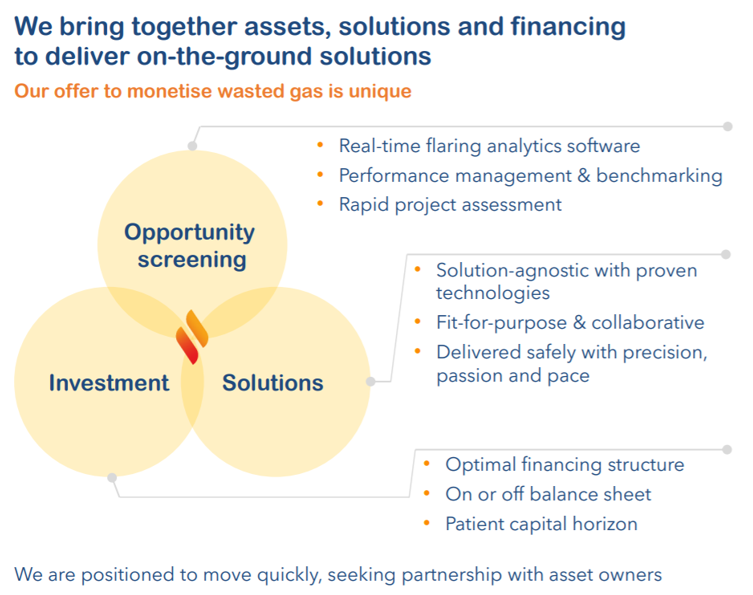